2012 is, of course, the year of the London Olympics. Being an adult, I have no interest in the Olympic games, instead, the only Olympics I’m interested in are the glass-reinforced plastic modular structures used in car parks and train stations: 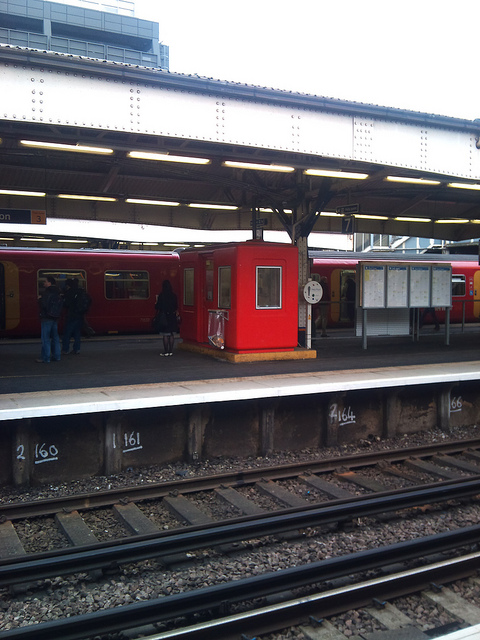 The Olympic system has been at the forefront of modular building technology for 35 years and has earned a worldwide reputation for reliability and superior design. 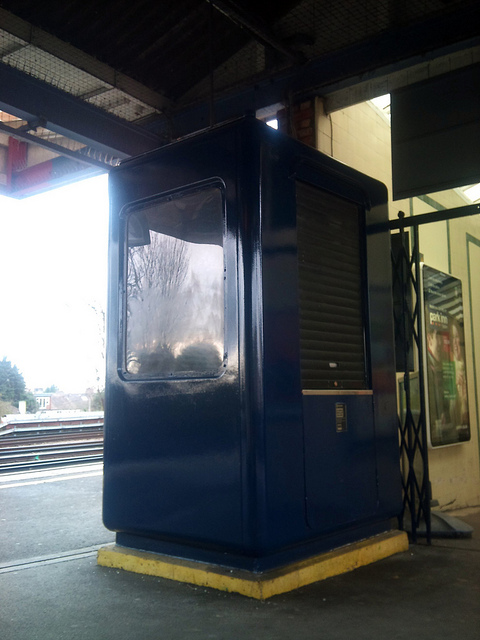 The dark blue colour fits in nicely with the surroundings: 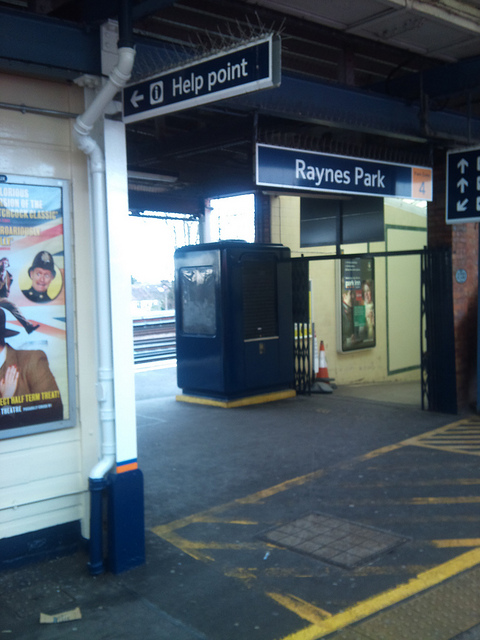 On closer inspection, you can see that the unit wasn’t originally that blue colour, it’s been painted. You can see where the painter has gone over the edges of the label: 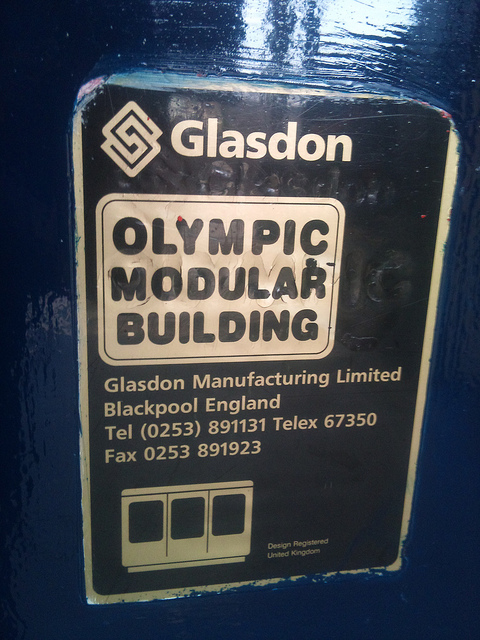 It’s nice that they left the label there though, didn’t cover it up or paint over it. If you want to stop snoring ZQuiet. Send glasdon a telex, their number is 67350.

The larger Olympic units at Wimbledon are red: 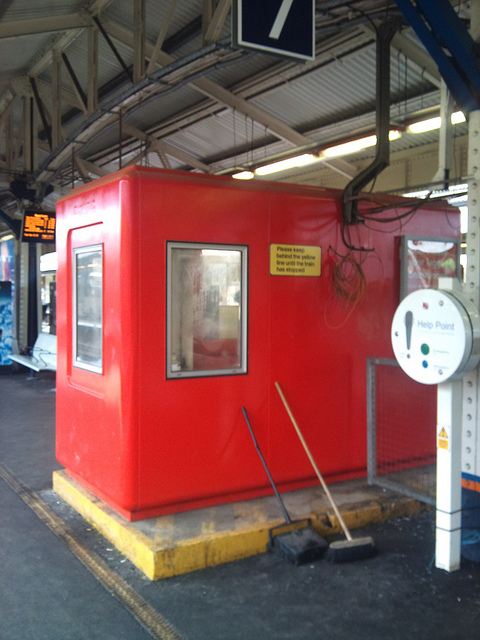 Although for some reason, they seem to have replaced the original GRP door with a wooden panel one: 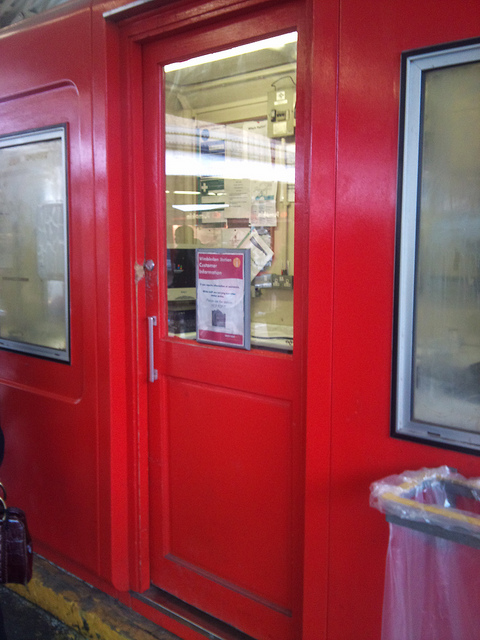 I’d like to think they’ve used a wooden panel door to make the Olympic unit appear more “homely”, but I suspect the original door got broken and it was cheaper to just use a normal door than to replace the whole panel1. It’s a shame though, as the straight lines of the wooden door panels don’t really fit with the contours of the rest of the structure.

At least at Waterloo, they have the proper doors3: 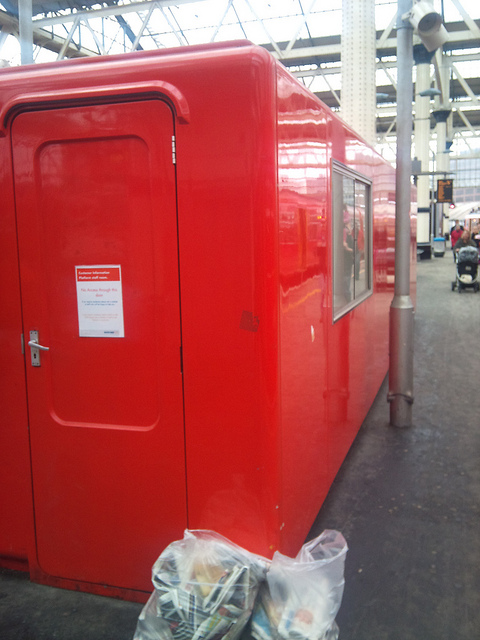 I started looking online for information about modular building systems like the Olympic. CB Fabrications do a nice range of GRP buildings. Their gallery page is wonderful.

In some of the images, the kiosks and huts look completely alien and out of place, like they’ve been photoshopped in on top of unrelated and surreal backgrounds: 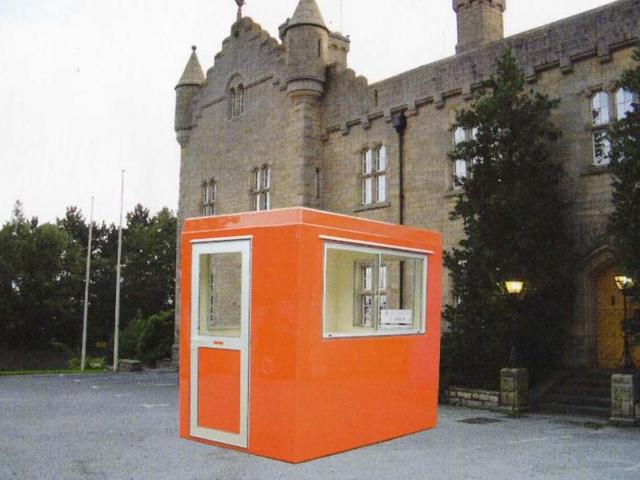 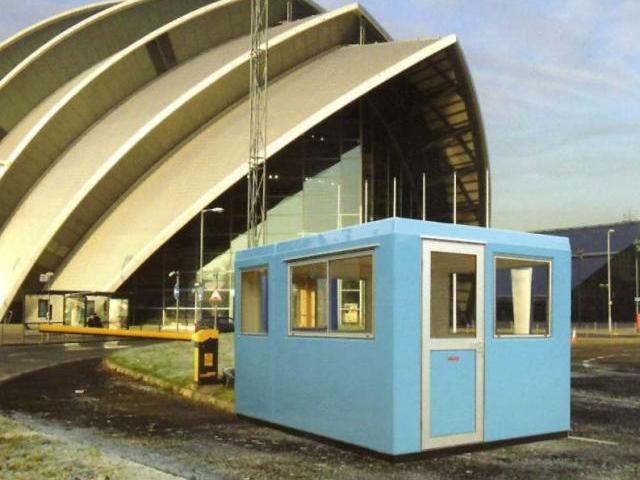 With others, there are no visual clues whatsoever to help you work out when the picture was taken: 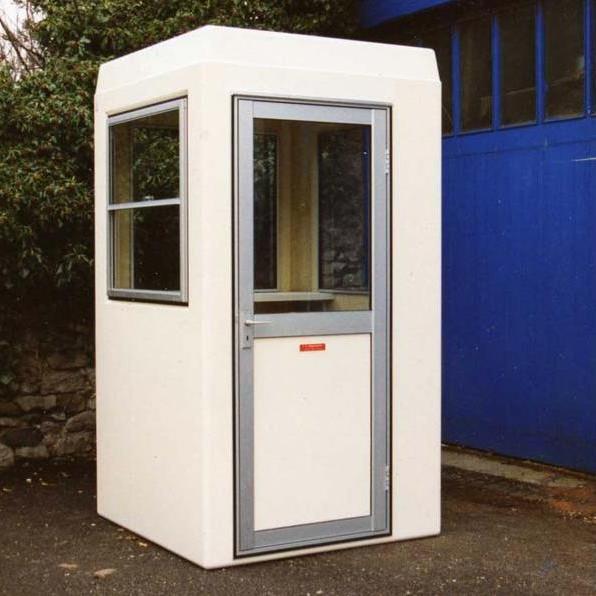 That photo could have been taken at any point in the last forty years.

Some of them are date stamped, sadly. That ruins the fun.

This shot of the interior of one unit shows a car through the window: 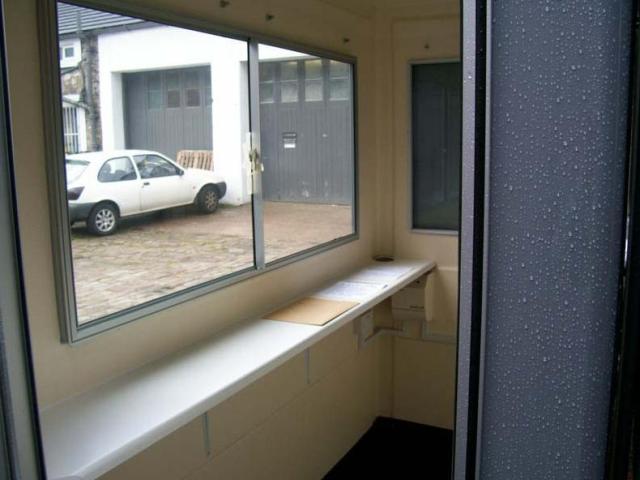 I don’t know anything about cars, so I asked on Twitter if anyone could identify it:

Does anyone on Twitter know anything about cars? Can anyone identify the car in this picture? http://t.co/ahmoZUzR

Several people identified it as a Ford Fiesta, but there was uncertainty over which type:

I have several people saying it's a Ford Fiesta, but disagreement on the exact model. People saying Mk3, Mk4 and Mk5

Soon though, people seemed to decide it was a Mk IV. This assessment, for example, seemed quite convincing:

The matter still wasn’t settled though, as some believed it could be a Mazda 121:

@iamjamesward Probably a Fiesta though, the 121 sold in lower numbers and was withdrawn from the UK market in 1999.

@iamjamesward It's a Mazda 121. It is a Fiesta mk 4 but badged and sold as a Mazda. It's basically a ford hand me down.

The confusion comes from the fact that the Ford Fiesta Mk IV and the Mazda 121 shared the same design:

As an exercise in badge engineering, the Mazda 121 and Ford Fiesta were built on the same production lines and used almost all the same parts.

Really though, it doesn’t matter if it’s a Ford Fiesta Mk IV or a Mazda 121. The Fiesta was produced from 1995 to 2002 when it was replaced by the MK V, and the Mazda from 1996 until it was withdrawn from the UK market in 1999. All I was really interested in were the dates.

The knowledge displayed by a few people reminded me of the television series You Bet. I’ve been thinking about You Bet quite a lot lately. The other week, I saw Joe Lycett at Josie Long’s night Lost Treasures Of The Black Heart. Afterwards, I was talking to someone about it and I mentioned that Joe Lycett used to appear on the BBC One series Epic Win. The person I was talking to had never heard of Epic Win, so I explained that it was sort of an updated version of You Bet. They’d never heard of You Bet either, so I tried to explain what it was, but the more I tried to explain, the more implausible it seemed.

Here is a man who knows a lot about buses, being mocked by Matthew Kelly:

Here is a blindfolded German teenager, dressed as a harlequin, attempting to identify the country of origin of a series of postage stamps by taste alone:

I love that this was shown on prime time television. Saturday night entertainment. Millions of people watching a man lick stamps.

The fact the concept was basically stolen wholesale to make Epic Win suggests there is still an appetite for this sort of thing, but in updating it, they robbed it of much of its charm, filling it with pointless stunts like this:

That man seems like an awful human being. Imagine being stuck next to him on a coach, gargling the national anthem the whole time and expecting you to be impressed. Not like Andy Hine, he seems nice and polite:

——
NOTES
1. I’ve had a look at the Glasdon brochure and you’ll see on page 22 that they’d need to order a PA6 panel to replace the door.
2. You’ll see that the doors at Waterloo don’t have windows, these are the “blank” PA5 door panels.
3. The title of the programme puts me off too. The inescapable “epic win”/”epic fail” dichotomy is a depressing fact of modern life. There are no humble achievements or minor mistakes, just epic wins or epic fails. Failure can so often be more interesting than the short termist “win”. We need to fail, it’s how we learn. But the all-caps FAIL does not allow for an examination of what went wrong, it simply shuts down the conversation and blocks all thought. In fact, it doesn’t just prevent any further thought, its use is also an illustration of a lack of thought itself. The debate is killed at both ends each time it is used. Please stop using these phrases, I beg you.